There was such a work specification for a geophysical survey of industrial building structures (to perform ground-penetrating radar survey to determine the characteristics of the state of the soil under the concrete floor of the building, to reveal underground cavities and voids at a depth of 1.5 meters from the concrete base): 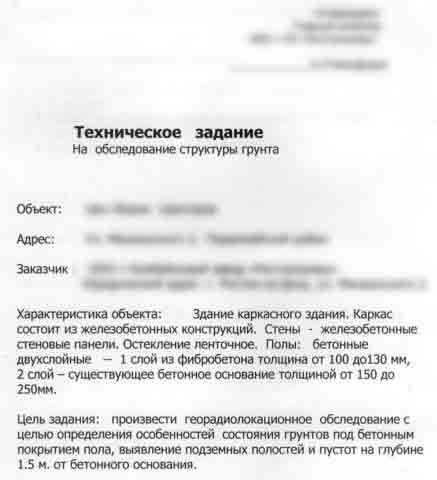 This is how the GPR survey object looked at the time of geophysical work:

To detect low-density soil zones under the floor slabs, an analysis was made of the changes in the attribute of the wave field Q-factor (the ratio of the center frequency to the width of the signal spectrum). Elevated values ​​of the attribute Q-factor correspond to areas with a low density of the underlying soil. The sections of this attribute were built and combined into 3D assemblies. The figure below shows the horizontal section of the 3D assembly directly below the floor construction with the detected zones of low-density soil (blue corresponds to dense ground, yellow and red - low-density soil): 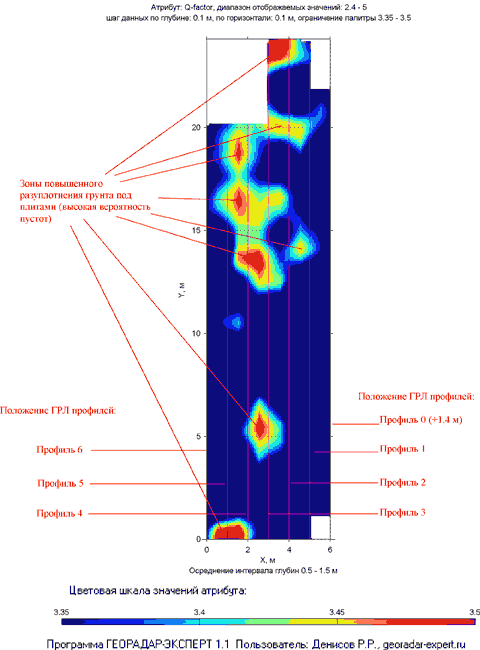 To confirm the results obtained with the help of the GEORADAR-EXPERT software system, drilling of control wells was carried out. In the figure below you can see one of the control wells: 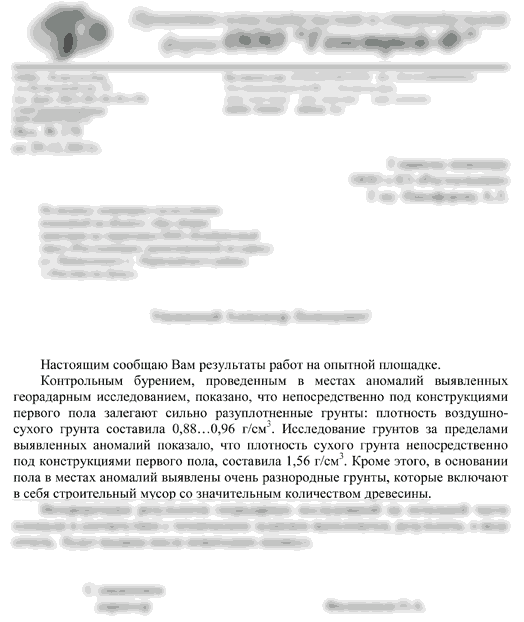 Translation of this document: Control drilling, carried out in places of anomalies revealed by georadar research, shows that under the construction of the floor there are low density soils. The density of the air-dry ground was 0.88-0.96 g / cm3. Investigation of soils beyond the limits of the observed anomalies has shown that the density of dry soil directly under the floor construction is 1.56 g / cm3. In addition, at the base of the floor, in places where there are anomalies, very diverse soils have been identified, consisting of construction debris mixed with a large quantity of wood.