The works were carried out on permafrost soils, within the framework of geophysical monitoring of the dam of the hydroengineering complex and the territory adjacent to it. The monitoring was carried out in connection with the appearance of filtrate exits in the downstream of one of the banks of the reservoir. The figure below shows the position of the GPR profiles. GPR profiles are shown by yellow lines. 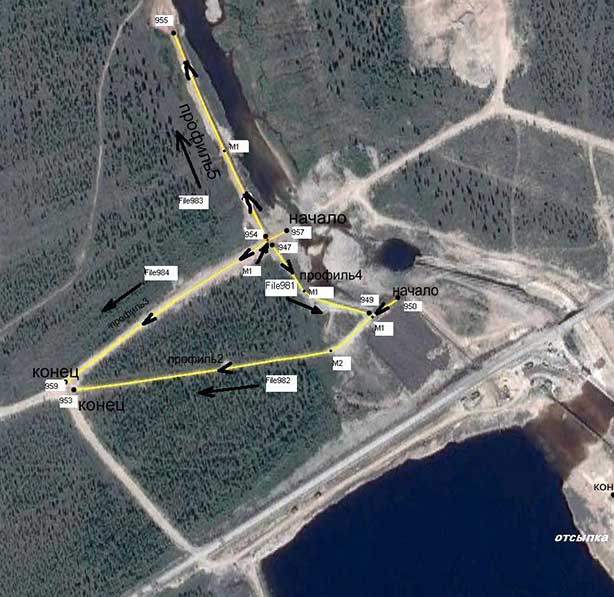 GPR profiling was carried out with a GPR antenna with 200 MHz in winter. The figure below shows the GPR profiling process: 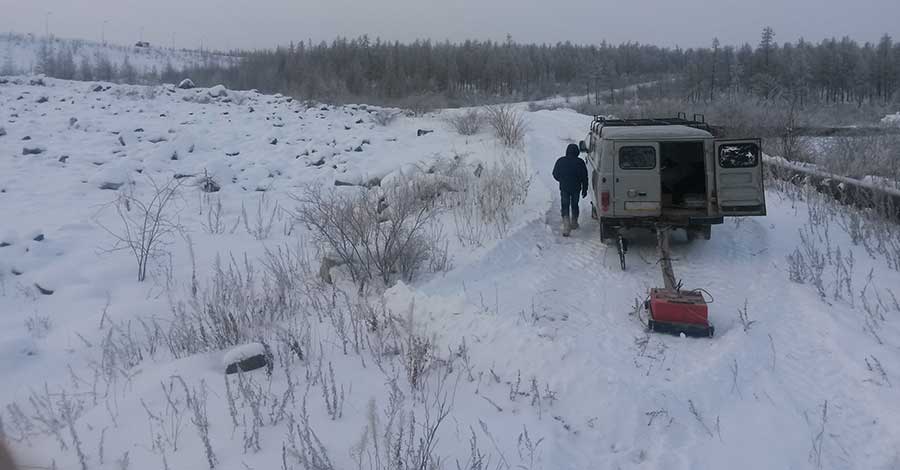 To solve the problem of detecting filtration zones, GPR profiles were processed using the GEORADAR-EXPERT software system using the BSEF method and the analysis results, in the form of permittivity sections, were combined into a 3D assembly: 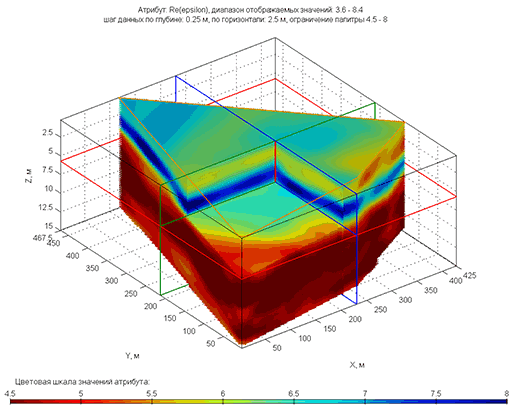 The figure below shows a horizontal section of a 3D assembly at a depth of 5 meters superimposed on the ground plan. Blue color painted filtration zone, which is characterized by elevated values of dielectric constant. As a result of using the software system GEORADAR-EXPERT, the filtration zone is perfectly detected in the thickness of permafrost soils. 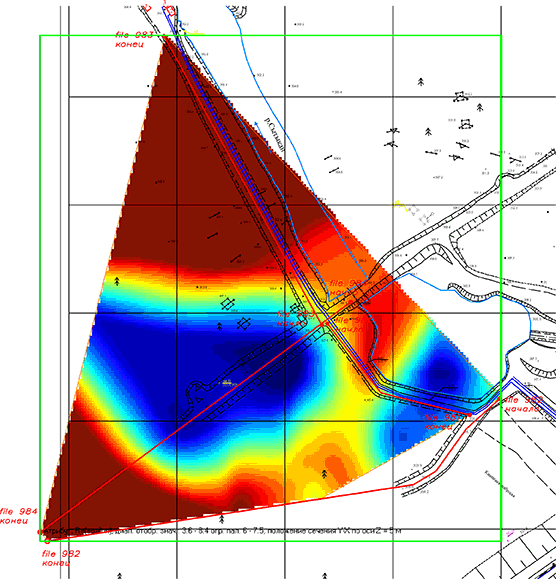 In the process of geophysical monitoring of the hydroengineering complex, a GPR profile was obtained along the right bank of the reservoir. GPR was moving towards the dam. The figure below shows the position of this profile as a yellow line in the satellite image. 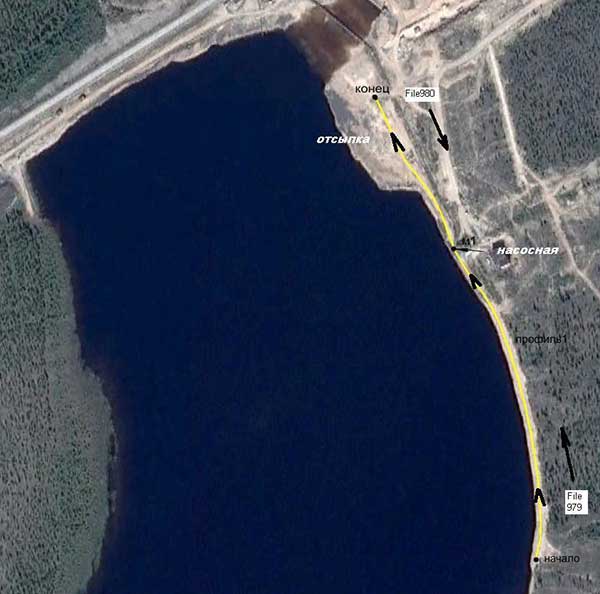 Before processing the GPR profile was divided into several parts. Below is the result of processing this profile in the software system GEORADAR-EXPERT in the form of sections of the permittivity. Filtration zones from the reservoir are characterized by elevated dielectric constant values. On the cuts such areas are colored blue. 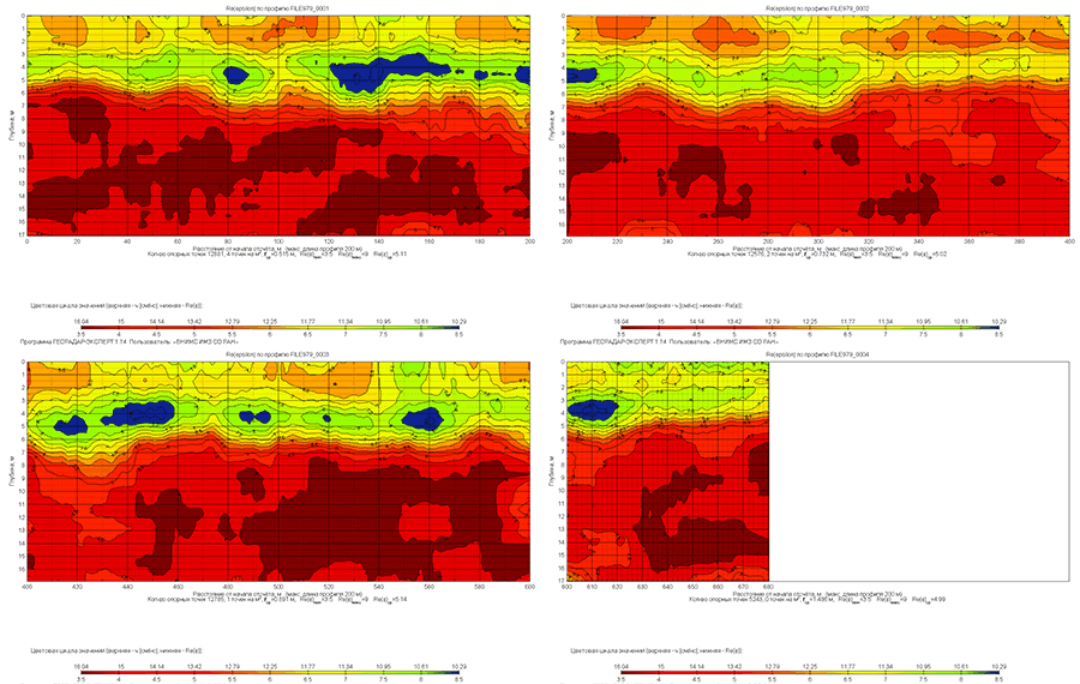 You can see that the use of the GEORADAR-EXPERT software system made it possible to obtain data on the position of the filtration zones of the dam of the hydro engineering complex from the poorly informative GPR profiles. Algorithms for detecting features of reflected GPR signals that are almost invisible for visual analysis, specially developed for GEORADAR-EXPERT, successfully solve similar problems in many areas of GPR research.